While a plant can have several different common names, only one botanical name is attributed to each particular species of plant and is used internationally.

Consider the Abutilons.  These two plants look very much alike at first glance, but if we look at each closely, we can determine the species.  I do need to say that sometimes a microscope, measuring device and detailed reference is needed but not necessarily in the case of our plants here.  As a Sabino Canyon naturalist I often jot a few notes on my plant list or a small notebook that I carry or make notes in the Naturalist Guide that I carry with me. 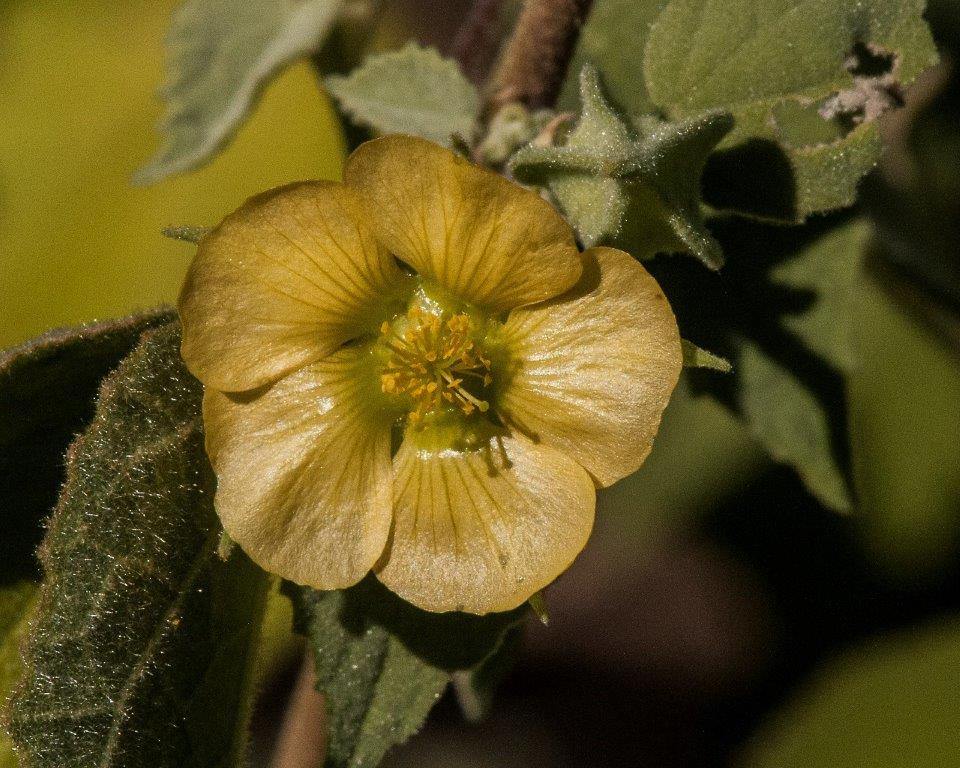 Looking at the chart, you can see that the difference in the leaves is one of the major characteristics that can distinguish these two plants, one is bi-colored, one is not.  Also, the stems of the Abutilon reventum are reddish. They both have similar flowers, height, number of stems and fruit shape. It helps to know a little terminology, so I’ll give some here: Stellate: star shaped, bi-colored: two colors (in our case here, the top and bottom of the leaf), mericarps: sections of the fruit, like sections in an orange.  And remember when we say fruit, it’s “the thing with the seeds in it.”

Take a look at the photos, and next time you’re on a walk in Sabino Canyon, especially in the dam area, you’ll be surprised at what you will see and learn if you stop and take time to notice.