Limberbush (Jatropha cardiophylla) is one of the first plants that many of us learn when we notice the plants of the Sonoran Desert. It’s a shrubby succulent up to 3 feet tall. The stems are remarkably flexible, have smooth reddish bark and are bare much of the year. In the hot dry months in the summer the plants will put out small, green, heart-shaped leaves. As the rains begin in later summer, the leaves will double or triple in size. If the summer is very dry, the leaves will remain small. Early in September the leaves will begin to turn yellow and are usually gone by the end of the month. This year, I’m still seeing some leaves on some plants even though it’s mid-November. In the summer, the Limberbush bears white, diminutive, bell-shaped flowers. The seed capsules follow and are surprisingly large. The seeds are singular and contained in a globose capsule. When the seeds are ripe, the capsule explodes, flinging the contents far and wide.

Limberbush also propagates via its massive underground roots which can produce new stems quickly after a freeze. The plants are quite frost sensitive and often grow among rocks which will absorb heat on sunny winter days and reradiate that heat back to the plants. This species of Jatropha is the northernmost species in North America.

“Sangre” is the Spanish word for blood, and this shrub is sometimes called Sangre de Cristo or Sangre de Drago – Christ’s blood or dragon’s blood. The local common names come from the sap, which is clear when fresh but reddish brown as it coagulates. The roots contain a red dye, and the clear sap is said to be able to seal wounds as it coagulates quickly on contact with the air. The O’odham use Limberbush stalks extensively in basketry.

Etymology: Jatropha is from the Greek iatros for doctor and trophe for food, while cardiophylla means heart leaves 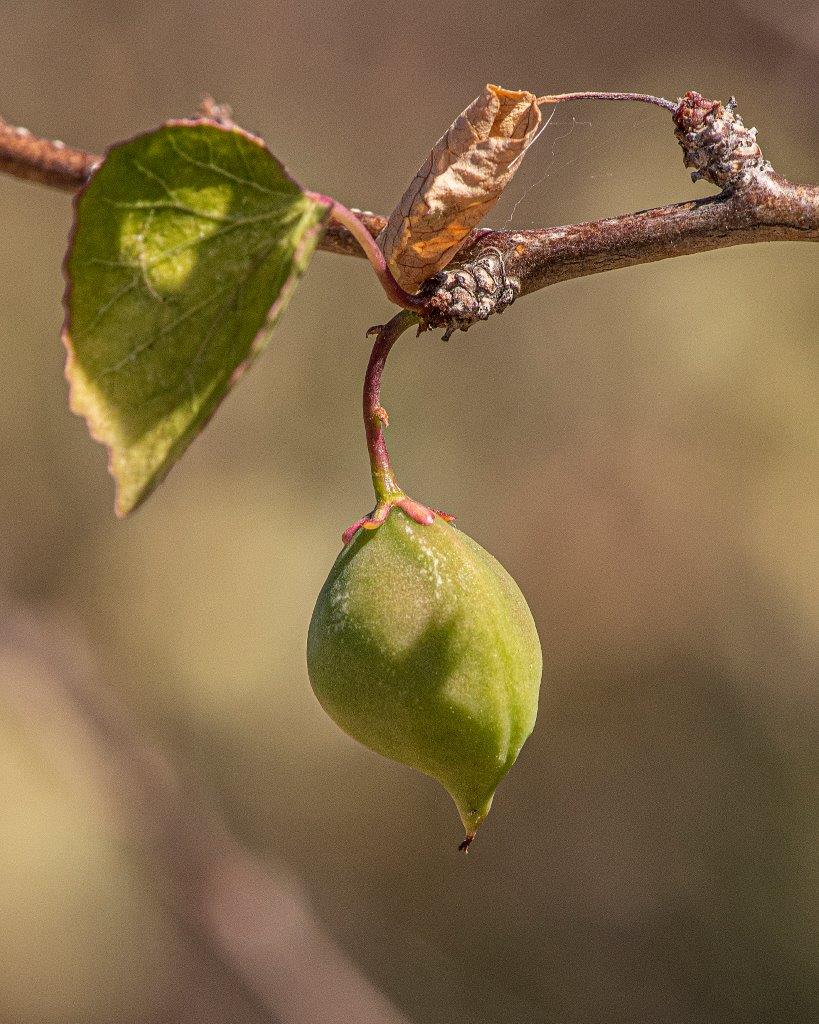