This colorful critter is occasionally seen in Sabino over the summer. The adult is short-lived, so it is not seen often. There are about 50 species of Mydas Fly in North America, the most diverse in the southwest (Field Guide to Insect of North America by Eric Eaton & Ken Kaufman).

This is a large fly (~1″ long). Tropical species can grow to over 2″. Like other flies, they undergo complete metamorphosis and spend about a year in the larval stage. The larvae live in decaying wood and eat beetle grubs in the soil. Since these grubs are root eaters the fly larvae may be protective of plants, especially grasses. The adults survive on nectar and pollen from various flowers such as the Button Bush flower seen in the photo and thus likely serve as pollinators. They are wasp mimics and resemble a large Tarantula Hawk when in flight but are harmless to humans. All Mydas Flies have clubbed antennae, unlike other flies such as Robber Flies that they resemble. One of the species, Mydas clavatus, has a reddish gold spot on the 2nd segment of its abdomen. Apparently this is where the name Mydas Fly came from; after Kling Midas of Greek Mythology.

“The celebrated behavioral ecologist John Alcock, in the book “Sonoran Desert Summer,” explains that many harmless wasp mimics, including some species of Mydas flies, emerge as adults later in the season than the stinging species they mimic. This gives potential predator species (fledgling flycatcher birds, for example) time to be stung (and educated!) by the stinging species well before the harmless species appears on the scene. Thus the mimicry achieves full effect.” Quoted from the website “Nature.mdc.mo.gov” Search for Mydas Flies.
This species has been described in detail by C. H. Curran, a Canadian Entomologist, as a new species in an article published by the American Museum of Natural History, City of New York, December 19, 1953, Number 1645. Notes and Descriptions of Some Mydaidae and Syrphidae (Diptera). If you wish, look it up under American Museum Novitates – search for Number 1645. Note the misspelling of the Family name.

I have included a photo of Phyllomydas scitulus I’ve seen on the Esperero Trail in Sabino. Note the club at the ends of the antennae. It is much larger than what is seen on other species of Mydas Fly. 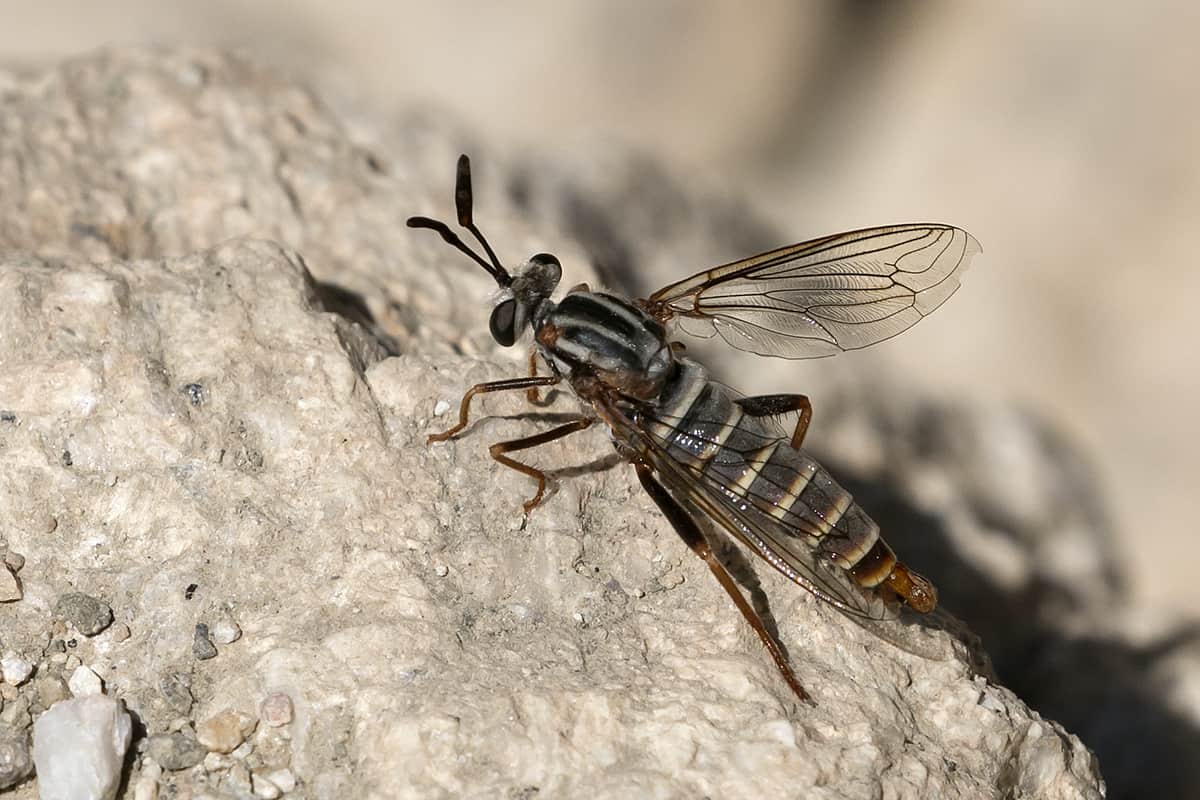