Native grasses help to prevent erosion and provide food and shelter for many of the desert creatures. Deer, Javalina, Rabbits, Gophers, are just a few of the species that browse on the grasses

We hear a lot about the non-native grasses that are problematic in Sabino Canyon. Buffelgrass, Fountain Grass, Natal Grass, Johnson Grass, Crabgrass, Red Brome, Lehmann’s Love Grass, the list can go on. The grass family, Poaceae, has more than 11,500 species. It is the fifth largest plant family. In this article I’d like to give a shout to some of the beautiful native grasses that we have in Sabino Canyon. Two of the native grasses growing in Sabino Canyon are Slender Grama (Bouteloua repens), and Needle Grama (Bouteloua aristidoides). The Grama grasses are a tribe of grasses that have shared characteristics. Several of these species are excellent rangeland fodder for livestock. A shared characteristic of most of the grasses in the genus Bouteloua is that the florets are on one side of the rachis, or the main axis of a structure such as inflorescence.

Native grasses help to prevent erosion and provide food and shelter for many of the desert creatures. Deer, Javalina, Rabbits, Gophers, are just a few of the species that browse on the grasses. The grasses quickly recover from browsing using energy that is stored in the crown and roots to provide more food and continue to prevent erosion. Many birds use the nutritional grains or seeds for winter nourishment.

Grasses are wind pollinated. It’s one of the reasons that they can be so problematic to many people’s breathing. Millions of pollen grains are released so that there’s a good chance of finding another plant. Several grasses are growing and flowering (yes, grasses are a flowering plant!) in Sabino Canyon in the late summer and early fall. When in flower, you can often easily see the stamens as they dangle and move. While the grass flowers may not be as showy as many of our other beautiful flowers in the desert, native grasses are still an integral part of the desert landscape.

The genus Bouteloua was named for Claudio and Esteban Boutelou, 19th century Spanish brothers and gardeners. The species epithet aristidoides means “resembling aristida (awns)”, which is another group of grasses, several of which are in Sabino Canyon. Repens means “spreading or creeping”. 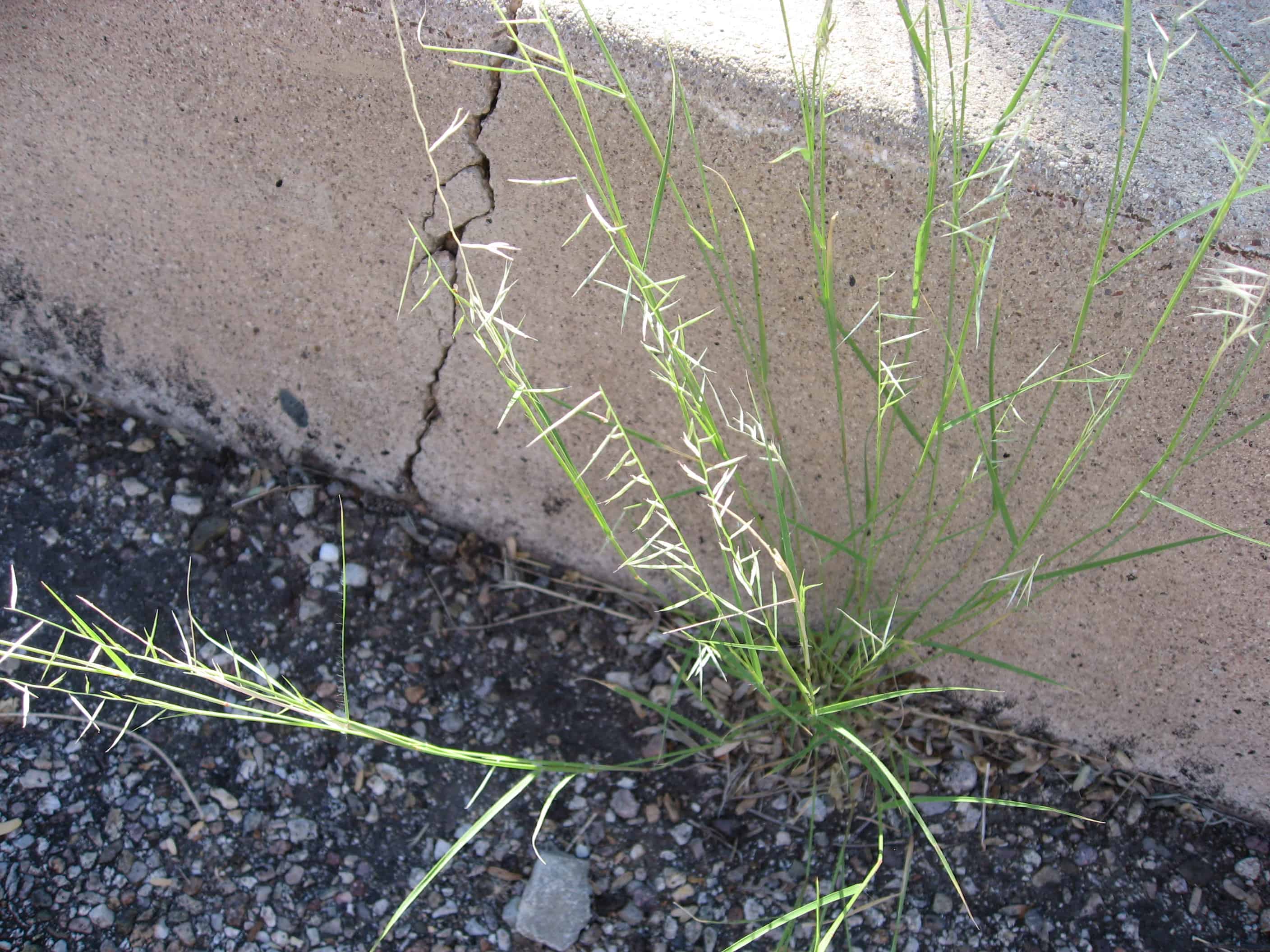