Gray foxes are smaller in size than coyotes, usually about 38 inches long including the 14-inch tail with a weight of 7 to 11 pounds. They have a silvery gray back and face, cinnamon-colored sides and neck. Their long bushy tail has a black ridge on top and a black tip.  Gray foxes have elongated muzzles and big forward-pointing ears. They have a loud bark, or yap similar to that of a small dog, and their eyes glow a brilliant yellow-green if caught in a flashlight’s beam.

The Gray Fox is the only member of the dog family that climbs trees, either to search for prey, sleep or to escape from predators. They have strong, hooked claws that enable them to climb trees. They can reach a speed of 28 mph for short distances and typically live between 7-10 years in the wild. They are primarily nocturnal but are sometimes seen foraging during daylight hours. They are omnivores and eat small mammals, eggs, insects, birds, fruits, acorns and berries. They are ambush hunters and will crouch motionless for hours along a rabbit trail.

Gray foxes prefer rocky canyons and ridges but can also be found in wooded areas, open desert and grasslands. They are recorded occasionally in Sabino Canyon. Their natural enemies include mountain lions, eagles, large owls, bobcats and coyotes. They usually have their dens in a rocky cleft or underground burrow but have been known to use hollow trees. The three or four young are born in early spring. 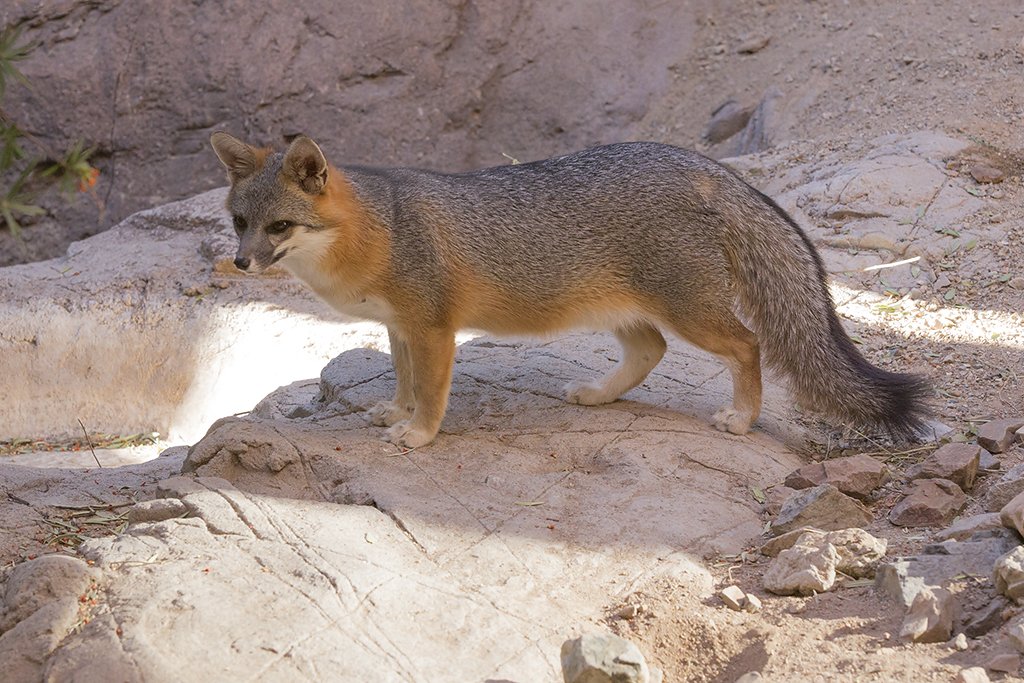 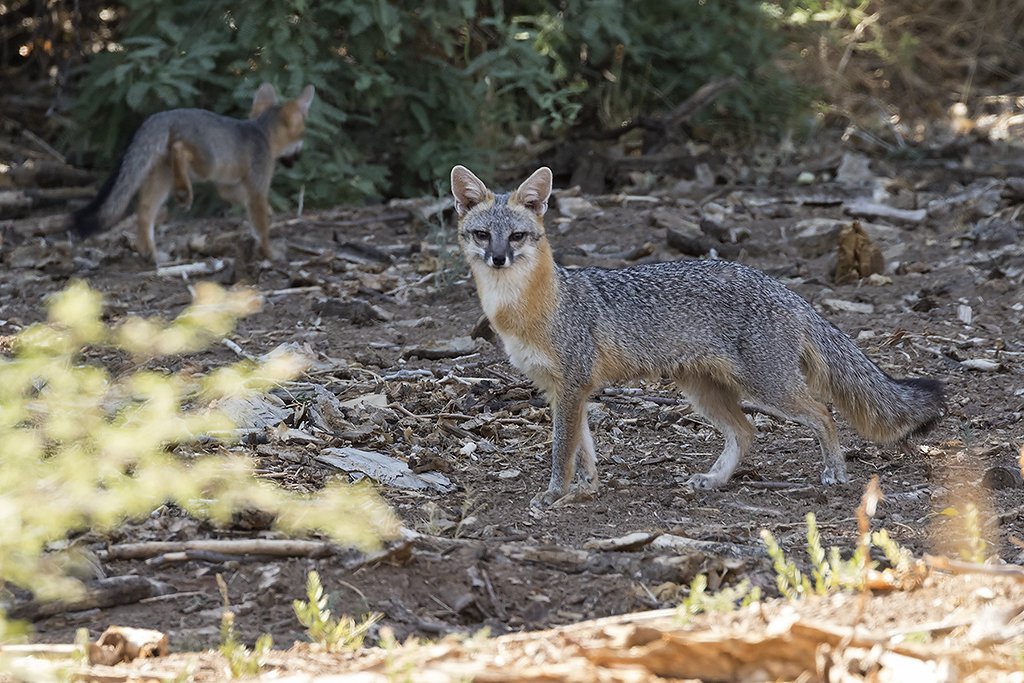