Verdins also build nests to sleep in at night

Verdins are tiny active birds that are year-round residents of Sabino Canyon and similar habitats throughout the desert southwest. They have short, conical, pointed bills. Adults are grayish birds with yellow heads and small chestnut colored shoulder patches, that are often difficult to see. Juveniles are pale gray overall and lack the adult’s yellow head and chestnut shoulder patches. Verdins are usually solitary or in pairs.

Verdins seem to be on the move constantly, flitting nimbly and rapidly about in the vegetation. They often hang upside down by their feet as they search for food under branches and eaves. They forage almost continuously, especially in cold weather, by gleaning live foliage and flowers for spiders and small insects.  They also visit flowers which they grasp with one foot while using their pointed bill to pierce the bottom of the flower to sip the nectar. This behavior, as opposed to say that of a hummingbird, has earned them the nickname “nectar thieves”.  They are frequent visitors to my hummingbird feeders where they sip the sugar water. They are active during the early morning hours and often become quiet and still in the heat of the day.

Verdins build nests to raise their young but they also build smaller nests to sleep in at night. The nests are a little bit larger than a softball, are roughly spherical in shape with a hollow center and an entrance on one side at the bottom of the nest which is concealed by overhanging twigs. They are typically constructed of protective thorny twigs, grasses and leaves. The outer shell is constructed mostly by the male, while the female typically does most of the lining. They are often placed in the outer branches of a thorny shrub, low tree or in a cholla cactus. Placement in the outer branches helps prevent predation of the young by snakes. In Sabino I have most frequently seen their nests in Palo Verdes. Roosting nests are located in branch forks rather than out among the branch ends and thus afford some protection from cold desert nights.

Verdins, especially juveniles, may be confused with Bushtits that also occur in Sabino Canyon. Careful observation will reveal that bushtits have a smaller bill and a longer tail. 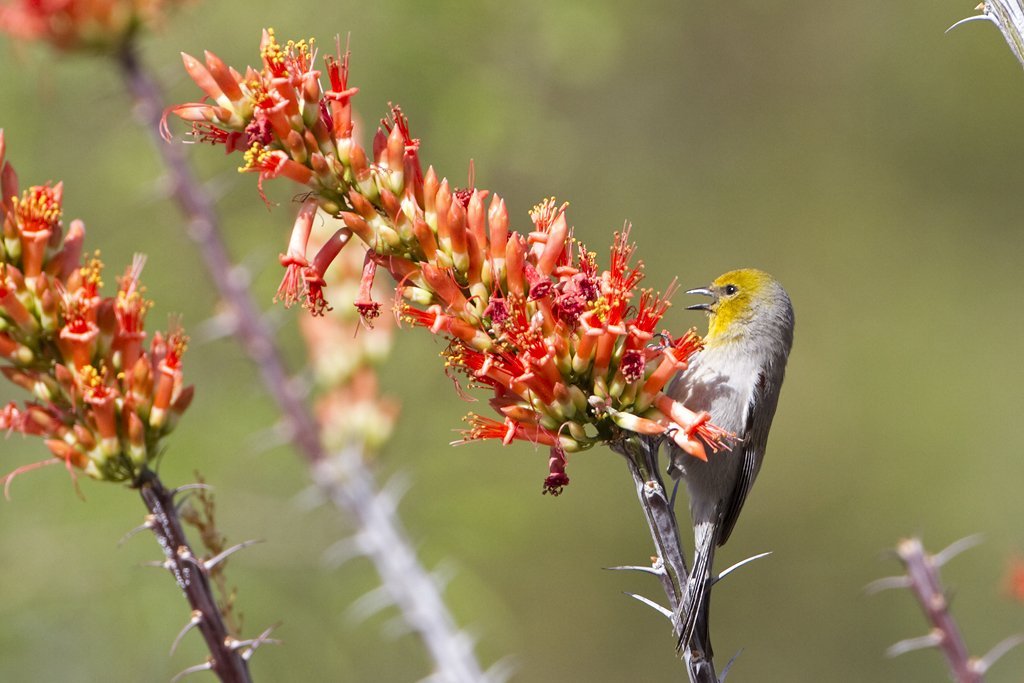 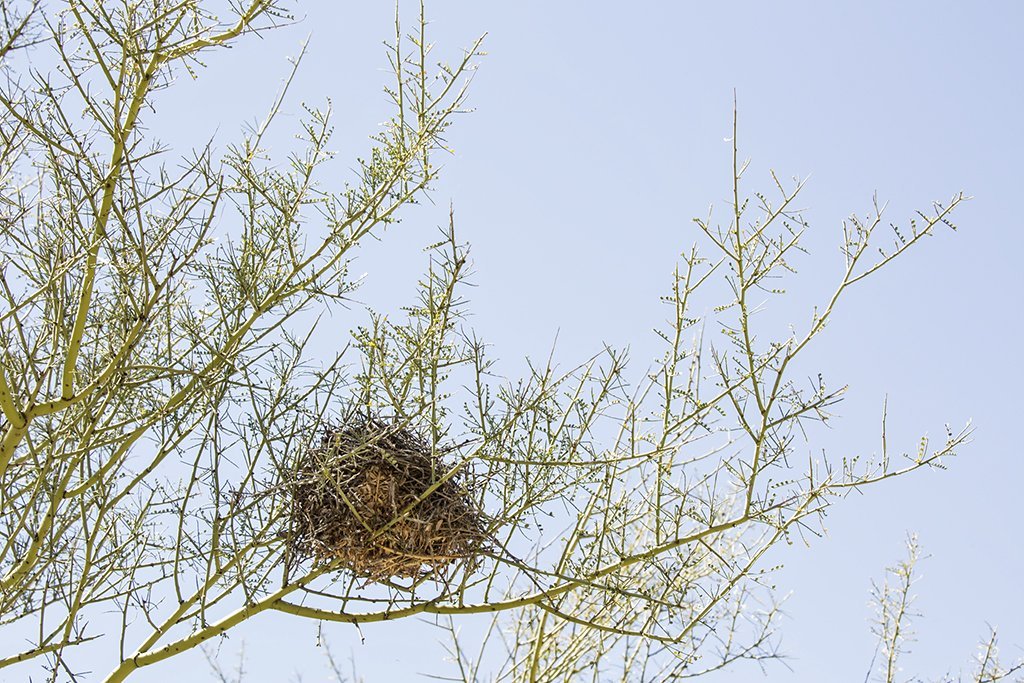