Vermilion Flycatchers are spectacular in appearance and always a thrill to see. They are a medium sized flycatcher with a short tail. Males and females differ markedly in color.  Adult males are brilliant red on the top of their head and underparts while the wings and tail are a blackish brown.  Adult females are grayish brown above with a white breast, a peach colored belly and undertail coverts and finely streaked with gray on breast, sides and flanks and have a blackish tail that contrasts with the upperparts.

They are sit- and- wait predators. They forage from an open perch such as a small tree or fence and capture prey in their bills. They take a variety of aerial and terrestrial arthropods including butterflies, grasshoppers, beetles and spiders. Prey is pursued directly until capture. Larger prey is carried to a perch and beaten before consumption. Vermilions are known to cast pellets containing the indigestible parts of their insect prey.

During the breeding seasons, male Vermillion Flycatchers perform a dramatic flight display above the tree canopy, appearing to bounce across the sky on fluttering wings while singing.  Vermilions build a cup nest of twigs and grasses lined with down and feathers. They are typically placed in the horizontal fork of a mesquite or cottonwood tree. Females incubate their clutch of 2-4 eggs for about 14 days. Males regularly feed females at the nest.

Vermilion Flycatchers are common summer residents in Sabino Canyon and other riparian woodlands and parks throughout S.E. Arizona. During the winter months they are uncommon residents, usually near water in the warmer valleys. 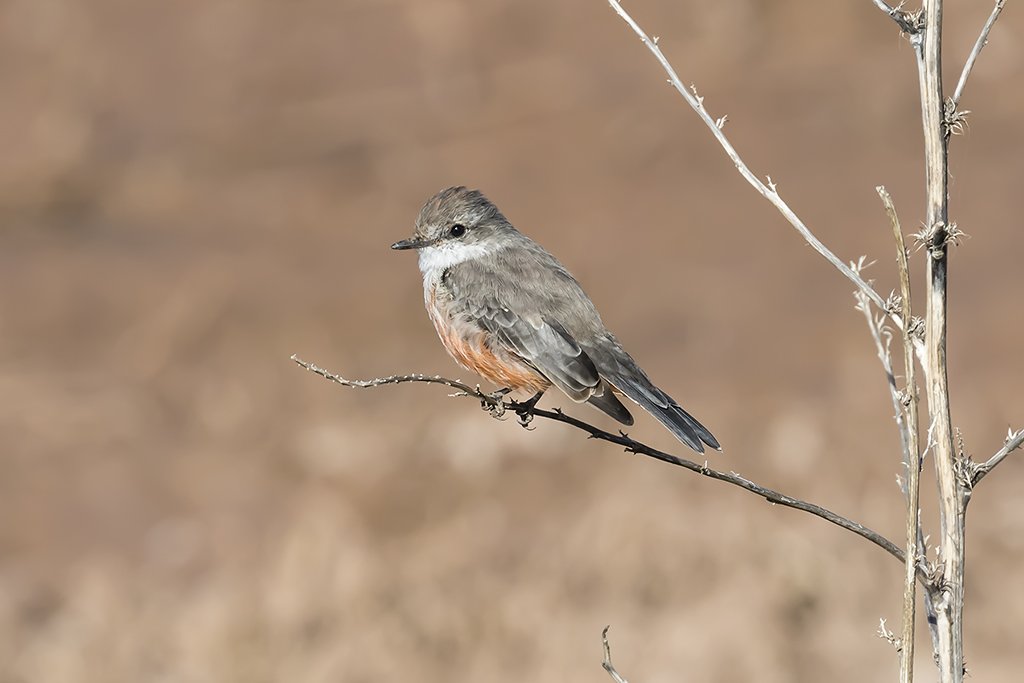